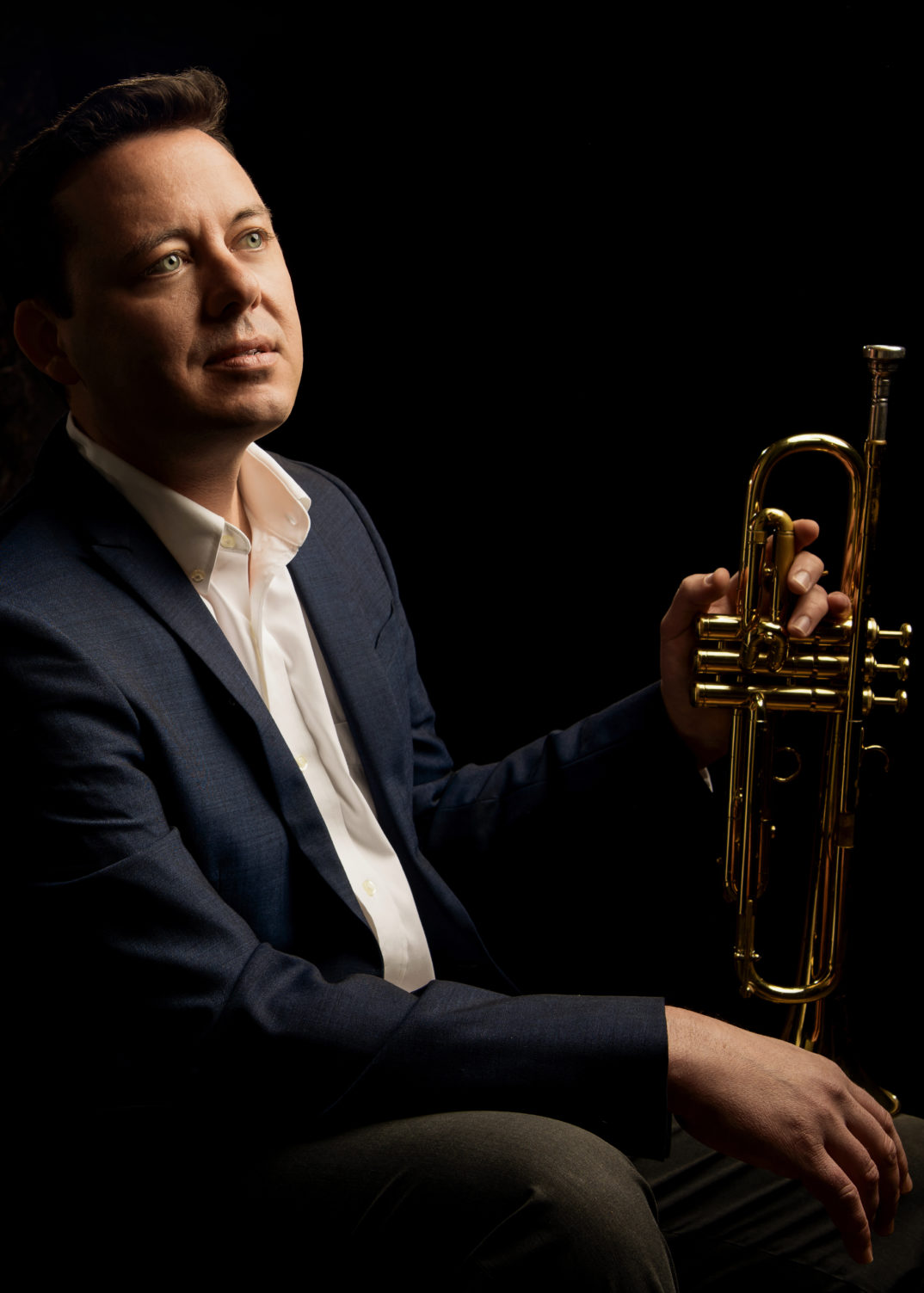 Kevin Hackler revels in Big Band music, “The style played on Duke Ellington’s Live at the Blue Note. It doesn’t get any better than that.”

He was born in bluegrass country, in Galax, Virginia. “I still love that music, similar in ways to gypsy swing, which I play on my regular Friday gig at Pane e Vino.” He first learned guitar, at age six, then piano, then cornet. At 12 he joined his first band; years later he performed his first gig, with the Andrew Thielen band.

The best teacher he ever had? That was Lyle van Wie, trumpet professor at the College of Charleston – “our 1 hour lessons regularly went on for 3 hours or more.”

But he learned Big Band from trumpet legend Flea Campbell, who in his storied 73-year career played with the likes of Tommy Dorsey, Benny Goodman and Les Brown. Kevin first played with Flea at age 16, and “Flea would say: ‘Pay attention, follow my lead and if it’s marked short, play it f-ing short!’ This was all yelled at me in the middle of songs, along with other colorful bits of advice. I didn’t mind. He was the real deal.” Adds Kevin: “Flea taught me 90% of what I know about Big Band section playing.”

By day Kevin Hackler, who lives on Johns Island, is a business and litigation attorney; by night he enjoys his family, recording original music, cooking, fishing, hiking or reading. His next musical plateau? “I want to write and record more original music in a large ensemble.”

When he’s up on stage with the CJO, “I feel like I am in a hyper-focused trance-like meditative state.