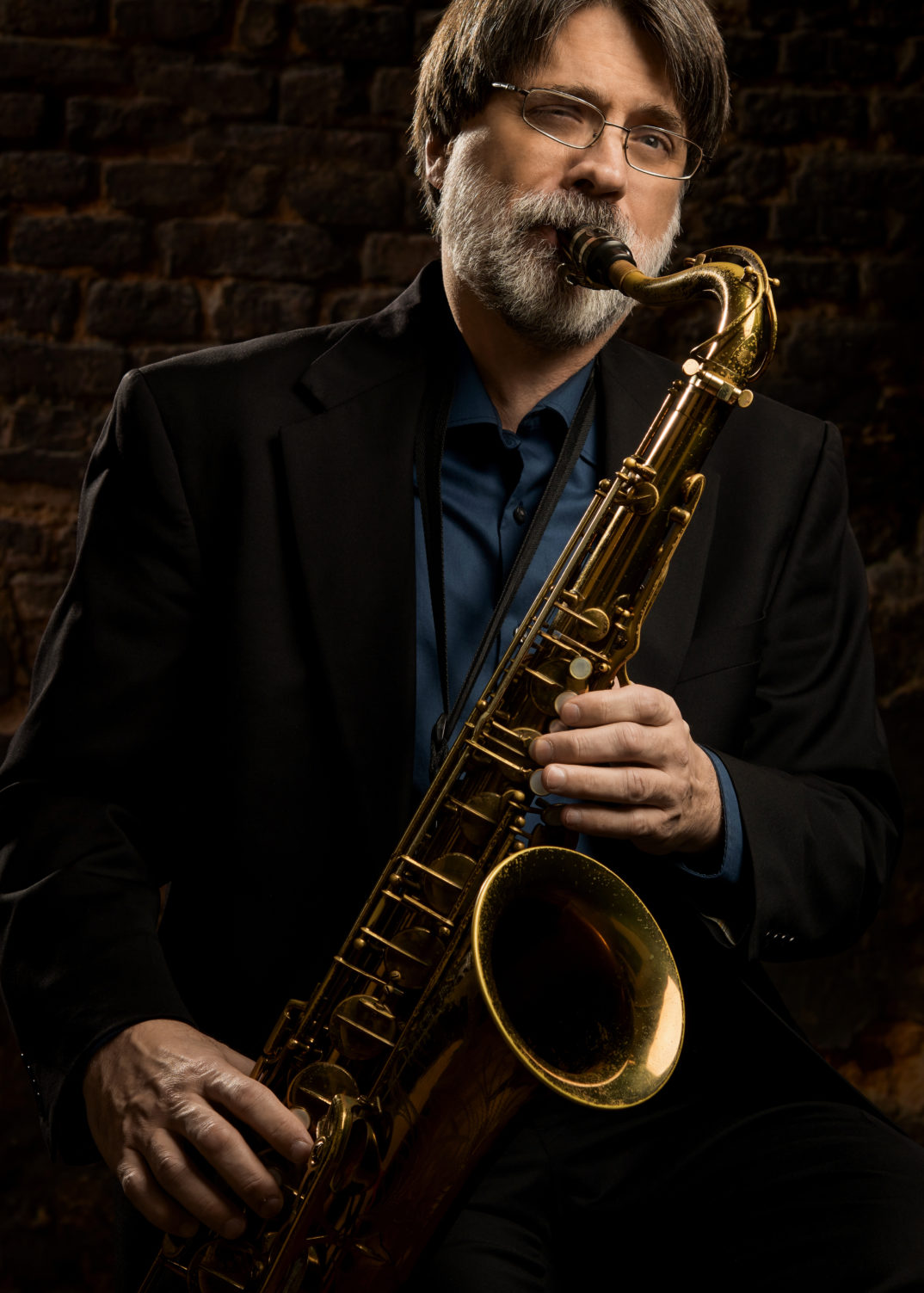 As the third child in a family of five children, Mark Sterbank learned early while growing up in a Cleveland, Ohio, suburb that juggling responsibilities would be a skill he’d have to master throughout his life.

Being the middle sibling was challenging enough, but then he was also in a musical family whose father was an aspiring concert pianist. Children in the Sterbank home got early musical instruction on the piano, but after three years on the 88’s a nine-year-old Mark picked up his uncle’s saxophone. Later on he chose music education as a profession, his mother’s career.

“There was a very high standard in music education in my community. That led to me working hard to excel both as a soloist and ensemble musician.” Mark juggles the sensibility of caring for animals and the boyish appreciation of a corny joke with the outward demands of a busy teaching and performance schedule.

Mark Sterbank is approaching the 13th season of directing an annual Hymns & Spiritual concert at Charleston Southern University, where he is an associate professor of music. He directs the university’s jazz ensembles and teaches a variety of subjects, including big band combo, saxophone studio, performance class and arranging for worship leaders.

In addition to the CJO, he has performed with his jazz quintet and locally with the Quentin Baxter Quintet and the Charlton Singleton Quintet. Regardless of who his playing with, Mark comes even more alive and connected with those around him.

“I have a very full heart and feel very moved by what is being played.” Yet this accomplished musician strives to be even better and creative. He seeks to achieve an even deeper chemistry with his band mates and audiences to bring more of himself to his music.

A few of Mark’s musical notes: