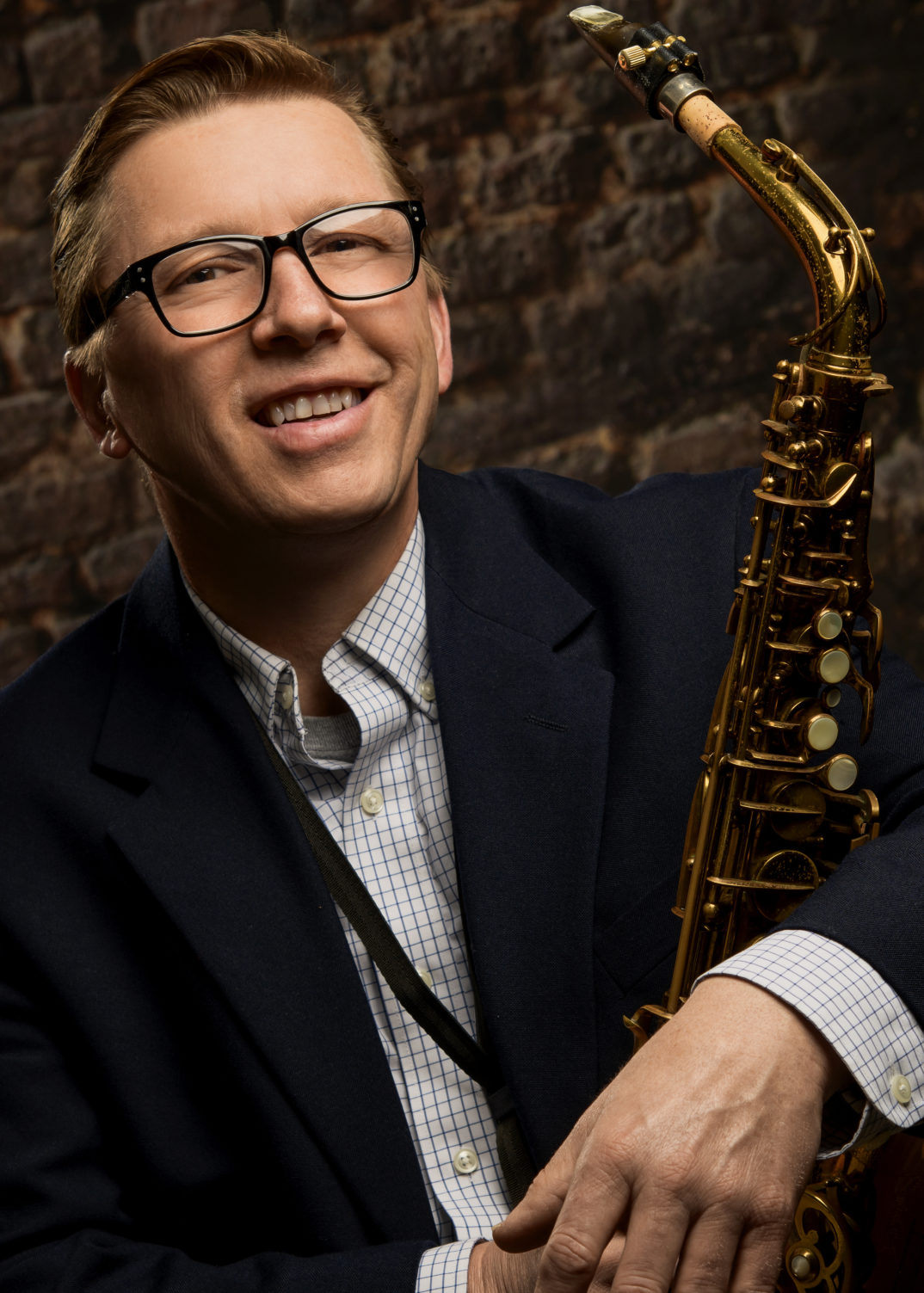 Jon Phillips’ music career has followed a circuitous route like that of his idol, Charles Ives.

Ives, a mid-20th century composer, had been an insurance executive before he became a full-time composer.

“He worked a day gig in the New York investment industry for decades. He wrote his amazing music in the evenings and weekends in obscurity and with no encouragement. Only later in life did he finally achieve recognition. The power of faith in oneself is perseverance.”

By the time Jon Phillips turned 20 he realized that journalism was boring and math was frustrating. So he picked up the saxophone, flute and clarinet. But he never strayed far from another math-related profession. He teaches technology at the Academic Magnet. “It is the last job I ever hope to have.”

Jon Phillips started to play when he was five and he studied music at Southern Illinois University at Carbondale. As a professional he’s “pretty much there.” But he’d like to “bring up my flute and clarinet chops.” Unlike Ives, Jon does not compose music. He’s a self-taught arranger. “I owe a great debt of gratitude to all my Charleston musician friends who have instructed me along the way.”

On performance days, Jon follows a ready-set-go routine. He sleeps late followed by a heavy dose of caffeine. Practice, warm up and listen. More caffeine then another nap. Warm-up again before he’s ready to play.

A few of Jon’s musical notes: