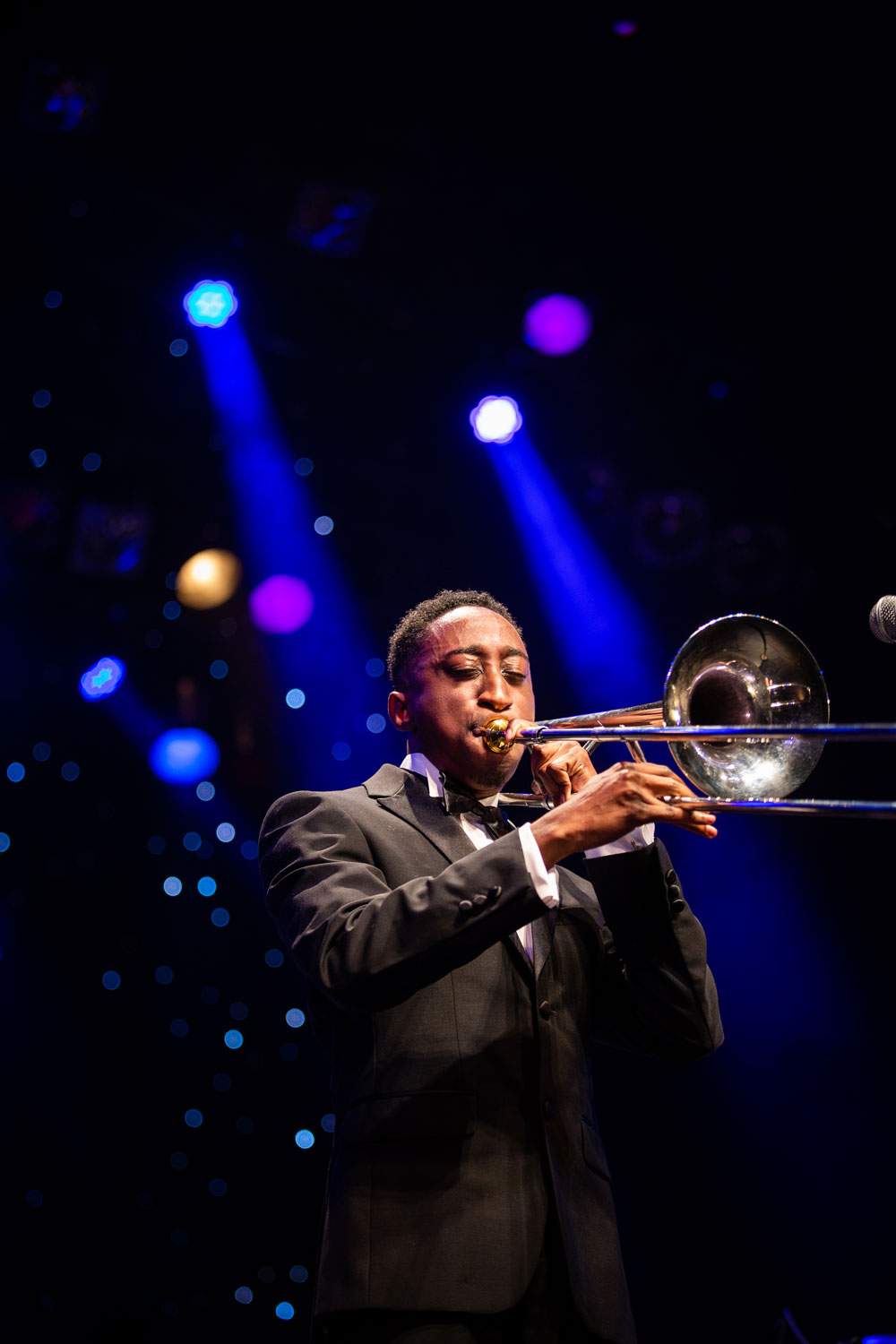 Music is a gift that has always been constant in Gavin’s life. The music of Ella Fitzgerald and in particular, Louis Armstrong, were the main reasons Gavin Smith picked up a horn and began his jazz journey. Growing up in the Lowcountry, Gavin’s music education brought him in contact with the Charleston Jazz Orchestra. Former CJO music director, Charlton Singleton, was Gavin’s 6th grade band director and current CJO member, Ken Foberg, became Gavin’s life-long teacher, mentor, and friend. During his time at SOA, he attended many CJO concerts and fell in love with the band with the hopes to share the bandstand with those musicians one day.

Since attending the Berklee College of Music, Gavin has returned to Charleston and continues to perform with various groups in town and abroad. Recording and performing with Hootie & The Blowfish on their song “Turn It Up” has been one of the highlights in his music career, especially because he was able to share the experience with two musicians he holds in high regard – Charlton Singleton and Mark Sterbank.

“Although I have performed with the Charleston Jazz Orchestra on many occasions up to this point, I consider it an honor and a privilege to be an official member of this amazing group of musicians. I look forward to continuing my development as a musician, and being a part of the musical lineage and history that has come out of our city of Charleston, while aiming to have a positive influence and inspire the next generation of talented musicians.” – Gavin Smith