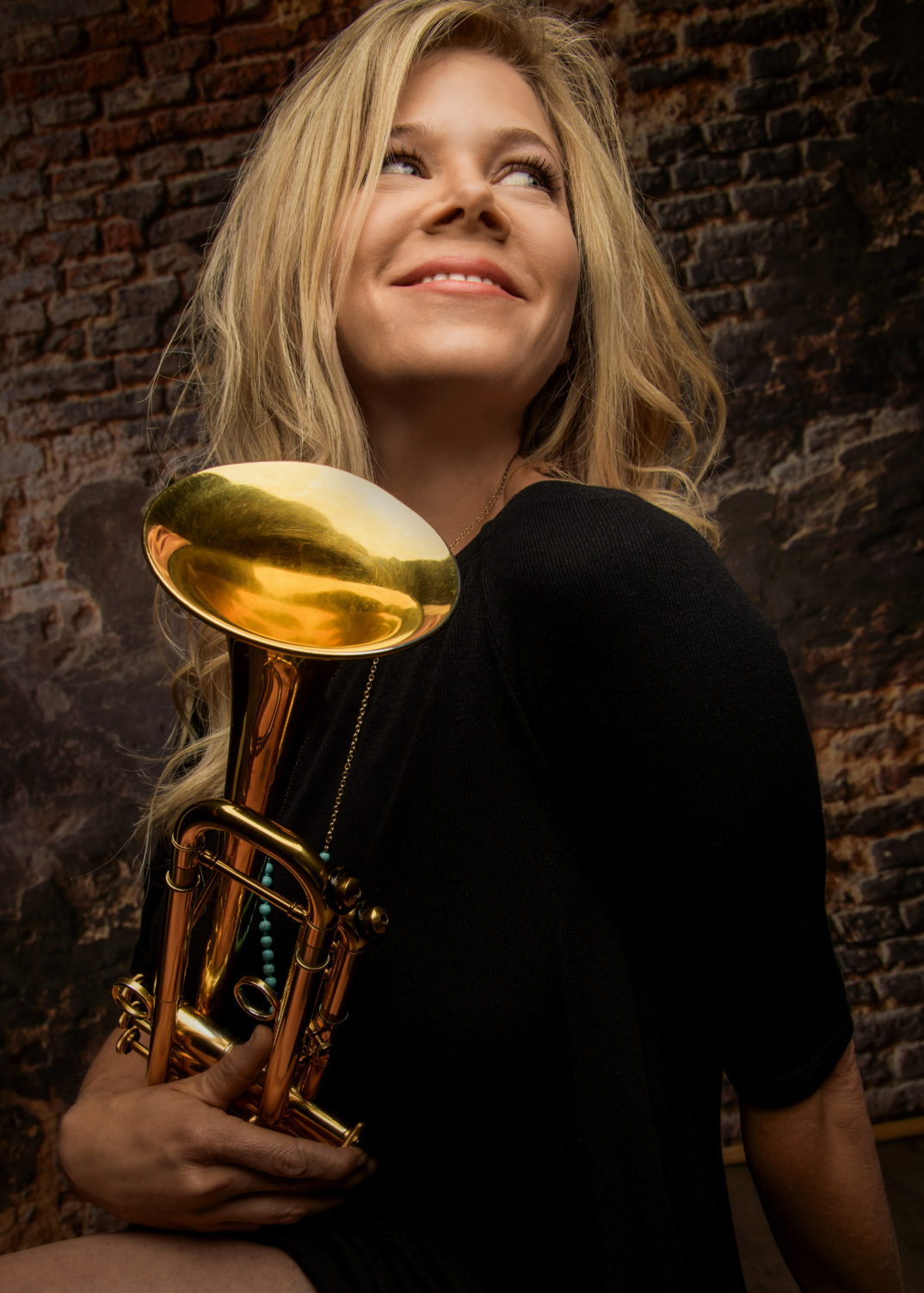 Her music has been heard around the world. Cameron Handel toured with the Broadway hit, “Blast!” for 8 years. During that extraordinary period, she worked her way up to a featured soloist. She then toured 47 different countries as Michael Bolton’s trumpet player. She also worked her way up in that organization, and ended up playing an extended solo with piano onstage while MB did a quick change. Said Cameron: “It helped me grow immensely as a performer!”

Classically trained, Cameron began learning jazz late in her career (she compares it to learning mandarin, explaining: “I still have a long way to go before I’d consider myself fluent. . . . I’m looking forward to the day I can carry on an incredibly elaborate and confident conversation”). She’s been inspired by Louis Armstrong, Wynton Marsalis, Trombone Shorty, Clark Terry and Blue Mitchell.

When she’s not up on stage, or caring for her young children (“I practiced a lot more before I had two babies in two years!”), Cameron’s giving lessons at local middle schools (Laing, Cario and Moultrie) and Wando High. And who’s the band director at Wando? Her husband, a percussionist, who’s also the drummer in her New Orleans Funk band – Cameron & the Saltwater Brass.

A few of Cameron’s musical notes: