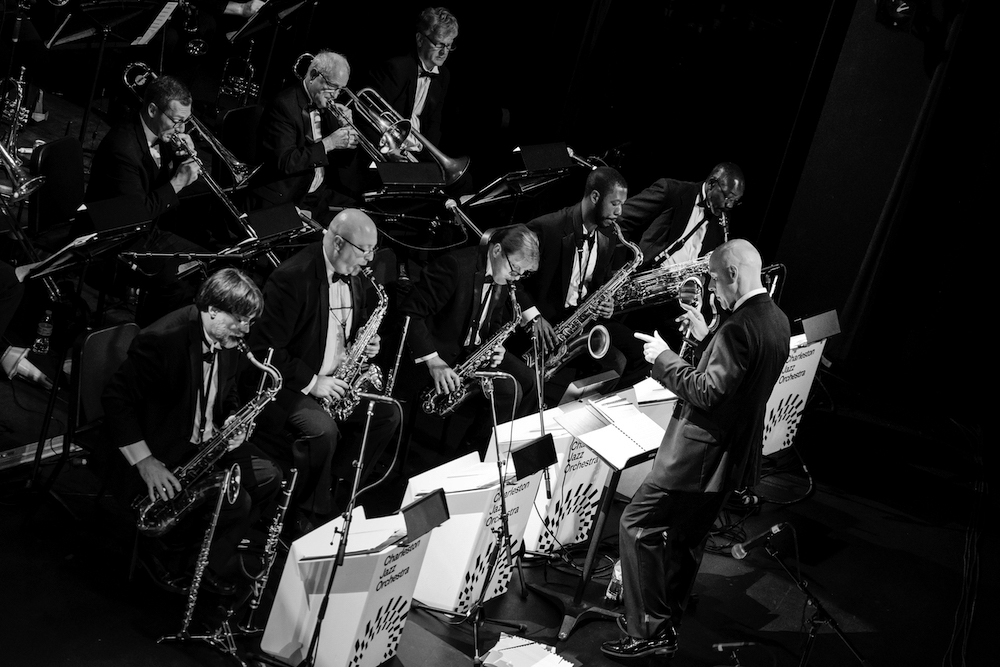 Note: There are two performances: 5pm and 8pm.

Developing in tandem with the growing dance craze, the Jazz Orchestra (aka Big Band) took shape during the 1920s with early innovators such as Paul Whiteman and Fletcher Henderson, who merged jazz’s rhythmic and instrumental characteristics with the scale and structures of an orchestra. Big Bands then ushered in the swing era in the early 1930s with Duke Ellington and continued its legacy with Count Basie, Mary Lou Williams, Stan Kenton, Buddy Rich, Maria Schneider, Gordon Goodwin, and more, each playing a significant role in the development, innovation and popularization of orchestral jazz. The rest is history! Join your Charleston Jazz Orchestra as we present a musical timeline of the BIG BAND LEGACY Evolution of the Jazz Orchestra.

World of Jazz: A Global Experience