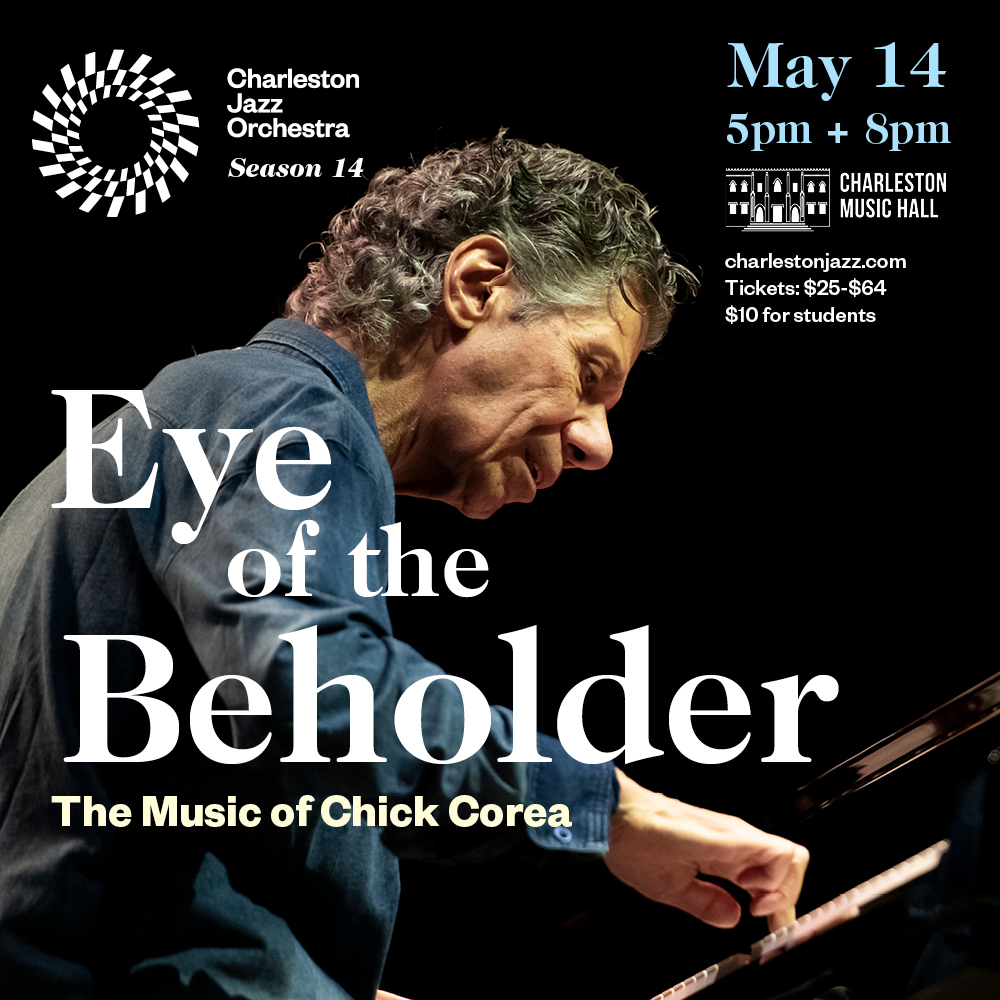 As a pianist of incomparable skill, Chick Corea broadened the scope of jazz during a career spanning more than five decades. With limitless range, Corea was an inventive composer-bandleader who never shied away from new ideas, exploring sounds ranging from fusion to classical. According to Corea, “Great art is made when the artist is free to try whatever techniques he wants, and combine things any way he wants.” On May 14, 2022, several prominent Charleston jazz pianists will have the freedom to create their own arrangements and perform them with your Charleston Jazz Orchestra, celebrating and honoring the music of Chick Corea.

Each pianist will be writing and/or bringing in special arrangements for this tribute to one of their musical heroes, Chick Corea.

This performance is made possible in part by Richard and Elizabeth Hogue.

Save 10% with a Season Subscription + Save 5% with a Trio Pass Package.
Your ticket purchase will include access to the virtual performance.
If you need assistance or want to purchase a Wheelchair Space + Companion Seat, please call the box office at 843.641.0011. 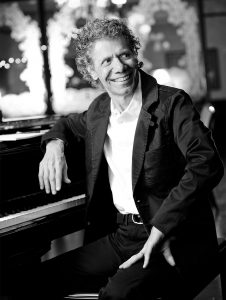 Chick is the fourth-most-nominated artist in the history of the Grammys, with 65 nominations. He’s also earned 3 Latin Grammy Awards, the most of any artist in the Best Instrumental Album category.

From straight ahead to avant-garde, bebop to fusion, children’s songs to chamber music, along with some far-reaching forays into symphonic works, Chick has touched an astonishing number of musical bases in his illustrious career while maintaining a standard of excellence that is awe-inspiring. A tirelessly creative spirit, Chick continued to forge ahead, continually reinventing himself in the process. Remember Chick Corea HERE 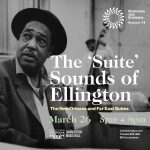 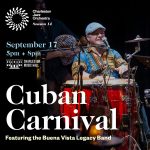