During the COVID-19 pandemic, we are releasing pre-recorded videos of Charleston Jazz Orchestra performances every week on our YouTube channel and Facebook page, free of charge, to provide comfort and connection during these uncertain times.

If you are in a position to support the continuation of this virtual concert series, please make a donation HERE. Half the funds raised directly support our musicians, many of whom have lost their income due to the cancellation of all concerts and gigs. Without our talented musicians, there is no Charleston Jazz Orchestra.

Thank you in advance for your support!

Ray Charles, Frank Sinatra, Patti Austin, Sarah Vaughn, and Michael Jackson are just some of the recording artists mega-producer and arranger Quincy Jones has created music with in his illustrious 60+ year career. Known to many simply as ‘Q’, he has received 28 Grammy Awards, including the Grammy Legend Award, and has been a major force in almost every style of music and entertainment!

Maestro Singleton has gone on record many times stating Quincy Jones is probably the most important musician of our time. His mastery of musical styles range from jazz and R&B, Brazilian and pop, and everything in between. On October 13, 2018, your CJO, featuring guest vocalist Quiana Parler, dove into Quincy Jones’s repertoire and performed some of his most notable compositions and arrangements. 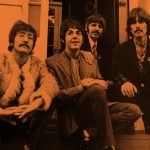 From the Archives: All You Need is Love – CJO Plays the Beatles