During the COVID-19 pandemic, we are releasing pre-recorded videos of Charleston Jazz Orchestra performances every week on our YouTube channel and Facebook page, free of charge, to provide comfort and connection during these uncertain times.

If you are in a position to support the continuation of this virtual concert series, please make a donation HERE. Half the funds raised directly support our musicians, many of whom have lost their income due to the cancellation of all concerts and gigs. Without our talented musicians, there is no Charleston Jazz Orchestra.

Thank you in advance for your support!

“If you like an instrument that sings, play the saxophone. At its best it’s like the human voice.”
Stan Getz

Stan Getz was one of the most celebrated saxophonists of all time. Coming into prominence in the late 1940s with Woody Herman’s Big Band, he excelled at be-bop, cool jazz, and early fusion. His influence has been seen and heard throughout the jazz community. Getz is best known for popularizing the worldwide hit single The Girl from Ipanema performed with Astrud Gilberto. 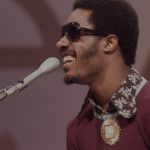 From the Archives: Living for the City – The Music of Stevie Wonder