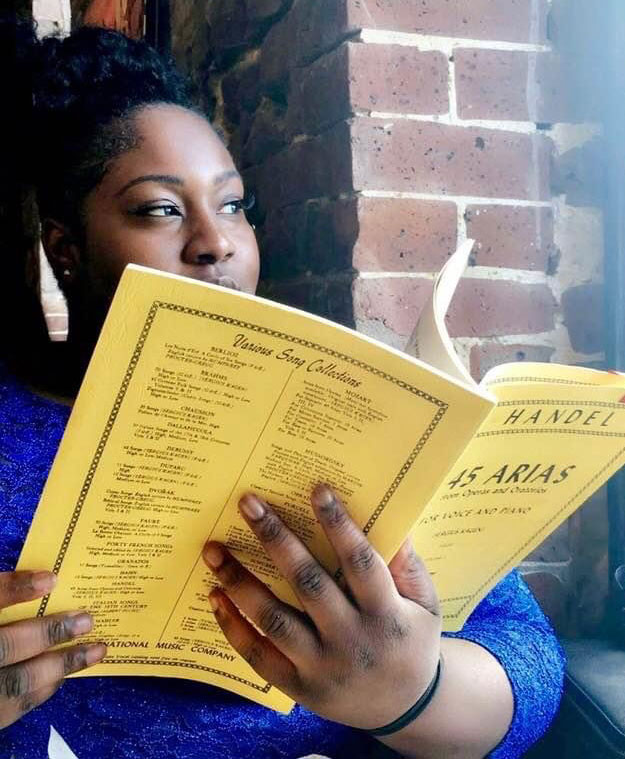 Known for her dramatic room filling vibrancy, Lyricc Jenkins is a dramatic mezzo-soprano. A native to Charleston, South Carolina, she has worked with Charleston Symphony Orchestra (CSO) with their production of It Sings and she has also worked closely along side Charleston Southern University’s productions including her roll as “Sour Kangaroo” in Suessical The Musical and Sweet & Hot a cabaret style musical production. Along with being a soloist, Lyricc has worked with CSO’s chorale premiers of mass works including Bach, Britten and Mozart. She has done many different choral tours including an international tour that included various German and Switzerland cities. Lyricc has performed in various cities on the Western coast of the United States and surrounding areas.

Miss Jenkins is a graduate from Berkeley Center of the Arts at Goose Creek High School where she studied as a soloist under the direction of John Stoudenmire. There she frequently performed recitals and solos at their seasonal showcases. She also auditioned for the Washington National Opera Institute Summer Program where she was accepted twice. Upon entry as a college undergrad, she has auditioned at The National Association of the Teachers of Singers winning her category twice and has advanced to the National video audition rounds.

Lyricc Jenkins is currently an undergrad senior at Charleston Southern University studying Vocal Performance. She plans on getting her equivalency for Music Therapy in the year 2020. After receiving both of her undergrad degrees she plans to receive her Master’s in Vocal Performance and Music Therapy at Howard University. While receiving her Masters she wants to work alongside The Washington National Opera House and lastly desires to do work at The Leipzig German Opera House.